In collaboration with Wild Magazine – a student run publication that aims to promote all forms of sustainable living, from politics to food to fashion. Check out their site at https://wildmag.co.uk/

“A project that connects local people with their own surroundings. The most marvellous natural resources with the most fantastic human resources…put those two together and create a new future.”  – Welsh First Minister, Mark Drakeford, 1st August 2019.

In the area of environmental action, Wales is proving to be one of the most ambitious in generating new ideas on green growth and integrated and sustainable regeneration. In 2015, it became the first country in the world to enshrine sustainable development principles into public decision making through the Well-being of Future Generations Act. This aims to work more effectively to deliver nature-based solutions, and to increase renewable energy and resource efficiency. In line with these principles, many local initiatives are attempting to tackle both the climate crisis and economic issues through community renewables and land stewardship. The aim is to give communities full economic interest in their own local land, with the goal of ‘repatriating’ state-owned assets and resources to the local community via sustainable stewardship.

This is especially important in an area like Wales, which has been consistently exploited for its natural resources. This ranges from the impact of the coal and iron industry to the flooding of the Wales valley of Tryweryn (including the village of Capel Celyn) in the 1960s, which was done in order to produce water for industry in nearby Liverpool. It is also an area characterised by complex factors of exclusion, including ‘high rates of economic inactivity caused by the decline of traditional employment, high rates of under- and unemployment, low educational attainment, employment skills deficits, poor health behaviours and shortened healthy-life and life expectancy’.

The Green Valleys and Project Skyline

The Green Valleys, a Community Interest Company based in the Brecon Beacons in the Southern Welsh valleys, are one of the major groups attempting to tackle these issues: working with communities to ‘generate sustainable social, economic and environmental benefits through transition to a low carbon emission future’. In 2019, after receiving £95,000 from the Foundational Economy Challenge Fund, they began work on their ambitious ‘feasibility’ study, ‘Project Skyline’, which attempts to reconnect communities to their local surroundings and develop a plan as to how public land could be better managed by a local community. Much of this inspiration came from examples of community stewardship in Scotland, where there have already been over 400 community land transfers totalling 250,000 hectares (or 3%) of the land.

To study how this could be utilised in Wales, The Green Valleys, along with other key stakeholders such as Natural Resources Wales and the Local Authority, began working with local community groups in three communities in South Wales – Treherbert, Ynysowen (Merthyr Vale), and Caerau. 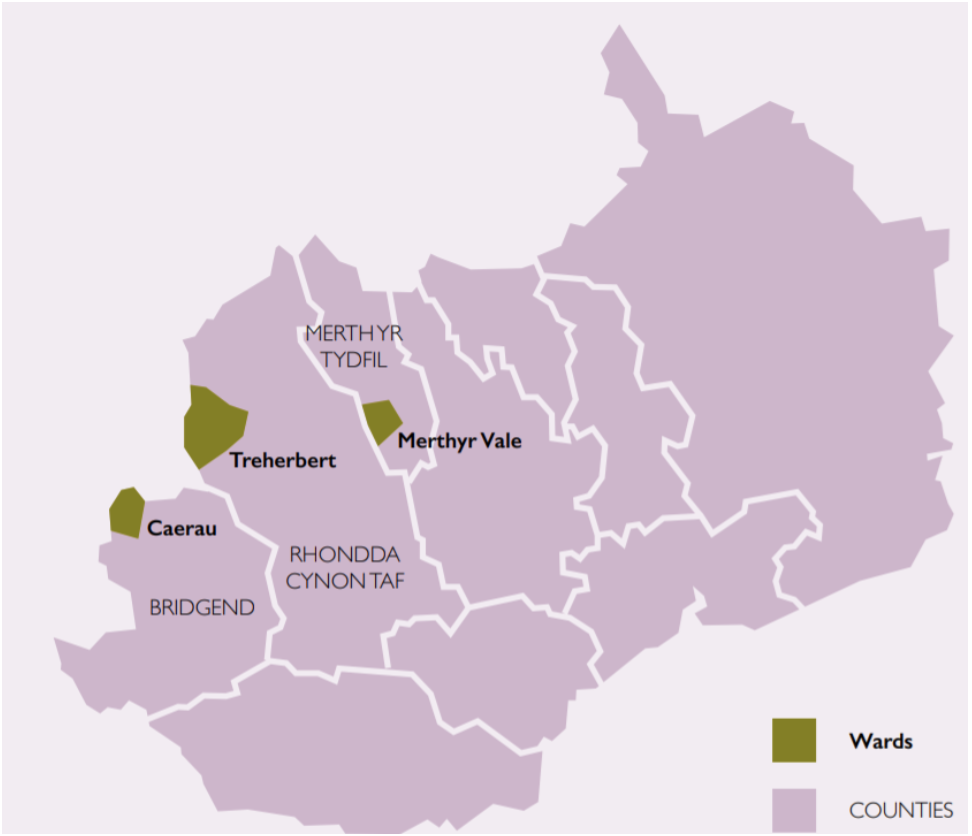 Over the course of a year, the project looked to determine whether it was possible for communities to manage their local landscape in a way that benefits nature, and whether there were sustainable business models available to ensure that continuous growth could be made. This is especially important in areas like South Wales that are often trapped in a culture of ‘grant dependency’, in which much of the regeneration strategies use short term funding without a long term strategy.

The first step of Project Skyline was to develop a community vision for the valleys. This was done through widespread community engagement with use of art and history talks, a ‘festival of ideas’, and a visit to the successful Kilfinan Community Forest in Scotland. Throughout this process, the communities began to develop clear ideas of how their surroundings could be used to provide income, jobs, a place of social and cultural activity, and a home for nature. These ideas were then balanced in relation to whether they were cost generating or cost consuming, allowing for the development of a sustainable plan. Some of these key ideas included renewable energy, commercial land usage and non-commercial community land usage.

One of the major plans for the three communities is the implementation of small to medium sized renewable schemes of solar and hydroelectric energy, which would allow for long term revenue and a decline in the use of non-renewable energy. 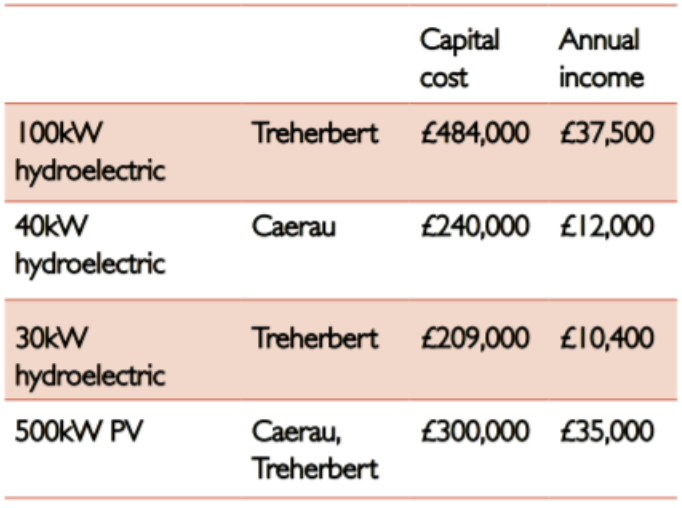 If enacted, these plans could produce nearly £100,000 of income per year, simply with use of the local surroundings. Similarly, proposed plans for Biomass plants could also provide a significant source of renewable energy – although this has become controversial in recent years.

Other ideas proposed by the valley communities were those of commercial but sustainable land usage. An example of this would be through self-sustainable forestry and timber processing, which would not only provide jobs and revenue but would also ensure that continuous cover practices were enforced, and that woodland was not exploited. These resources could then be utilised through more commercial schemes such as Christmas tree farms or ‘glamping pods’ to attract tourism. Finally, commercial food production could be utilised with use of the local renewable energy which could provide vegetables all year round for consumers. By allowing for community control over the land it allows them to use the land in the most ecologically integrated way possible: treating the landscape as a whole rather than seperated areas for different purposes.

The key aspect of giving communities control of the land is that they have the power to utilise commercial activities in order to fund non-commercial facilities. This allows for a huge array of possibilities for cultural and social enrichment of local areas. Examples of these ideas from the valley communities include

These ideas, along with many more that have been or could be proposed, highlight how community stewardship and large-scale community transfer of land could allow for sustainable local use of land, rather than it being used in an extractive globalised industry.

Project Skyline represents a small facet of the promise that community stewardship of land can have on green growth and enhancing social, environmental, and economic well-being. Public bodies not only in Wales but across the UK must consider these possibilities and not only re-evaluate the legal and political barriers towards land rights and community ownership, but also begin to provide funding so that the visions of Project Skyline can be replicated and enacted all across the UK. This is vital in ensuring that the principles of the Well-being of Future Generations Act – ‘the possibility of meaningful sustainable development, environmental growth and the well-being of future generations’, can be made true. For more information on Project Skyline and the work of The Green Valleys see the links below: